Yes, there can indeed be waste and missed opportunities in any Finance Department.

Here are a few common examples:

Some of this waste can easily be quantified. A recent Australian study revealed that, in 93% of the companies surveyed, each employee was wastingan average of 2 hours per week on manual and repetitive tasks. On a 48 week annual basis, that is a total of 96 hours per year, equivalent to 2.5 weeks per year of wasted time and costs.

To provide a real life example, we were introduced to a company whose Finance Department was generating and distributing internally over 40 reports every month. Even at first glance, we felt that this was far too many reports given the size of the company. So with the support of the CEO we asked the Finance Department to not generate any internal reports and see what would happen.

The result was that in the coming week, a total of ten people came forward to request their reports. And that was it. So, we were able to show that over 30 reports of the initial 40+, or 75% of that total process (the process of generating and distributing the internal reports), was for all intents and purposes a direct waste. Of course, the waste was subsequently eliminated, resulting in significant savings.

So there are three key things to remember: Firstly, wastecanindeed exist in a Finance Department; secondly, that waste can often be easily identified and eliminated; and thirdly, savings can be considerable and immediate.

Having now considered the first and second principles of Lean (‘adding value’ and ‘reducing waste’) as they apply to the Finance function, we will in a future blog consider the third and final Lean principle: ‘continual improvement’.

You Need a Cash Flow Forecast!

LEAN and 6 SIGMA – Do they work together? 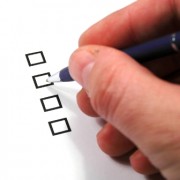 Doing A Stocktake Is In Your Interest!