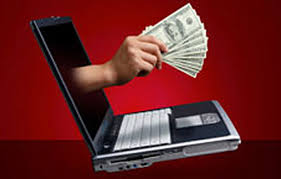 Way back in 1999 as the national sales manager of a major Australian telco, I sat in on a presentation on what I was told would be the future of sales. According to what was presented that day, the future for any sales person was gloomy at best. The internet was going to revolutionise the way we transacted business. Regardless of whether it was B2C, B2B or any combination, we were to be replaced by online platforms that would allow people to buy everything from cutlery to cars, books to buildings.

Fifteen years later and the sales person is as important to any business as ever. In fact the internet has delivered sales people tools that help them be more valuable to both their companies and their clients. And make them more successful.

While statistics can be manipulated to make any argument look good, consider the following while you ponder the future of the sales person.

What this tells me is that sales people are not being replaced by the internet and other online tools. Clients are not replacing sales people with the internet but are using it to be better prepared for engagement. Now, your prospective clients are ‘hanging out’ on the internet. They are researching your company, your products, your competitors and you.

The savvy sales persons need to do the same; using online resources to monitor potential clients and competitors, gather intelligence and ‘hang out’ doing old-fashioned networking in a new way. Good sales people aren’t afraid of the net and they will not be replaced by the net – they see it for what it is, a great tool to help them be more successful.