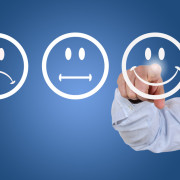 When a close colleague of Walt Disney’s was asked what he thought were the secrets of Walt’s success, he reportedly replied “There were actually three different Walts: the dreamer, the realist and the critic. You never knew which one was coming to your meeting.”

With the inclination and ability to look at a single issue from multiple perspectives, Walt Disney was able to creatively solve complex problems and consistently make sound decisions that ultimately led to his significant success.

Walt Disney was not alone in recognising the value of looking at things from different perspectives, and indeed Edward de Bono’s renowned Six Thinking Hats technique is all about using multiple points of view to improve problem solving and decision making. END_OF_DOCUMENT_TOKEN_TO_BE_REPLACED